Part I [here] discussed why legacy stores of value will benefit from moving on chain over time. Here we talk about why DeFi needs resilient liquidity to be brought on chain to flourish.

Fluff in, fluff out

We’ve established that value held on blockchains has more potential utility than off. But what have we actually seen play out in the DeFi space between 2020–2022?

It’s been a living sandbox for human game theory; which is to say, countless financial derivatives have been rapidly tested over a few short years —and at a scale we never could have expected. Liquidity was being fed into every new protocol without a second thought. Bridges and other supporting infrastructure were built to further connect and enhance them. MEV flourished. It seemed like the DeFi future was upon us.

And then, this happened:

The fast liquidity that moved in to top protocols like Uniswap, Curve Finance and Aave found even more velocity on the way out. Obvious macroeconomic factors — including the imperative to handle outrageous inflation — were the primary catalyst. But there was a second reason.

Almost all of that liquidity was purely speculative; not demand or utility based. People saw each slightly different use case as the end-all be-all of finance, and often deposited massive amounts of capital into them. But there wasn’t yet a “there” there — no persistent value worth processing through these financial factories — and the spectacular speculation came to a halting end.

But almost… curiously, the tools that were built during this feeding frenzy did exactly their job. They executed the code as expected. The protocols survived when balance sheets did not.

And so we come slime mold. It does some incredible things when fed in a petri dish. Drop a few pellets of food in and you can watch spores begin to branch between and concentrate around them. When the food is fully consumed, growth slows and halts — but much of the structure remains.

In a similar fashion, the untethered feeding of DeFi has allowed for high speed growth of infrastructure. But the liquidity — or food supply — has run dry. So how do we revitalize the ecosystem we’ve built? And how do we do it responsibly? 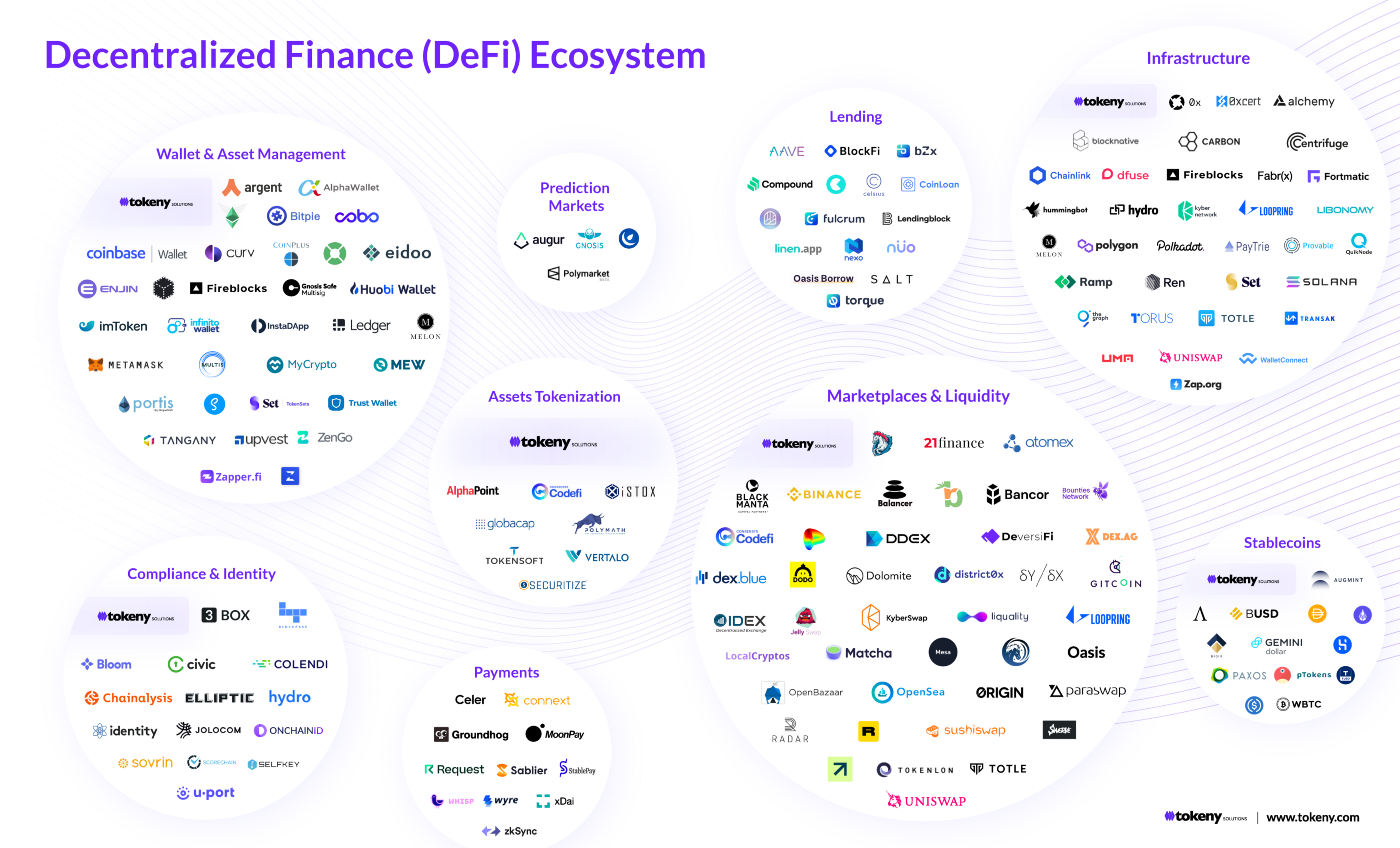 The overwhelming majority of cryptocurrency’s market cap comes from Bitcoin and Ether — two coins that derive value from demand for block space on their respective chains and general speculation. Many of the available infrastructure is simply a re-wrapping of that primary value into different protocols.

What has not yet been introduced at scale is what we at Freeport call legacy value — the trillions of dollars held off chain that have decades if not centuries of common use, steadier prices, and in many cases physical utility or beauty.

And there’s good reason. The SEC & FINRA have existed as bogeymen to the ethos of anonymity and decentralization. While there are some merits to that fear, recent DeFi history has made it clear: it’s time to put the legal work in to build that bridge. It’s time to feed DeFi more traditional value that will reinforce its structure and give it permanent life. It’s time for platforms like Freeport.

In part III, we’ll introduce Freeport and discuss how we plan to redefine ownership using a model that helps address both issues.

Follow along with us here on Medium, as well as on Twitter, and Instagram — you can also submit your email at freeport.app to be added to the pre-launch waitlist.